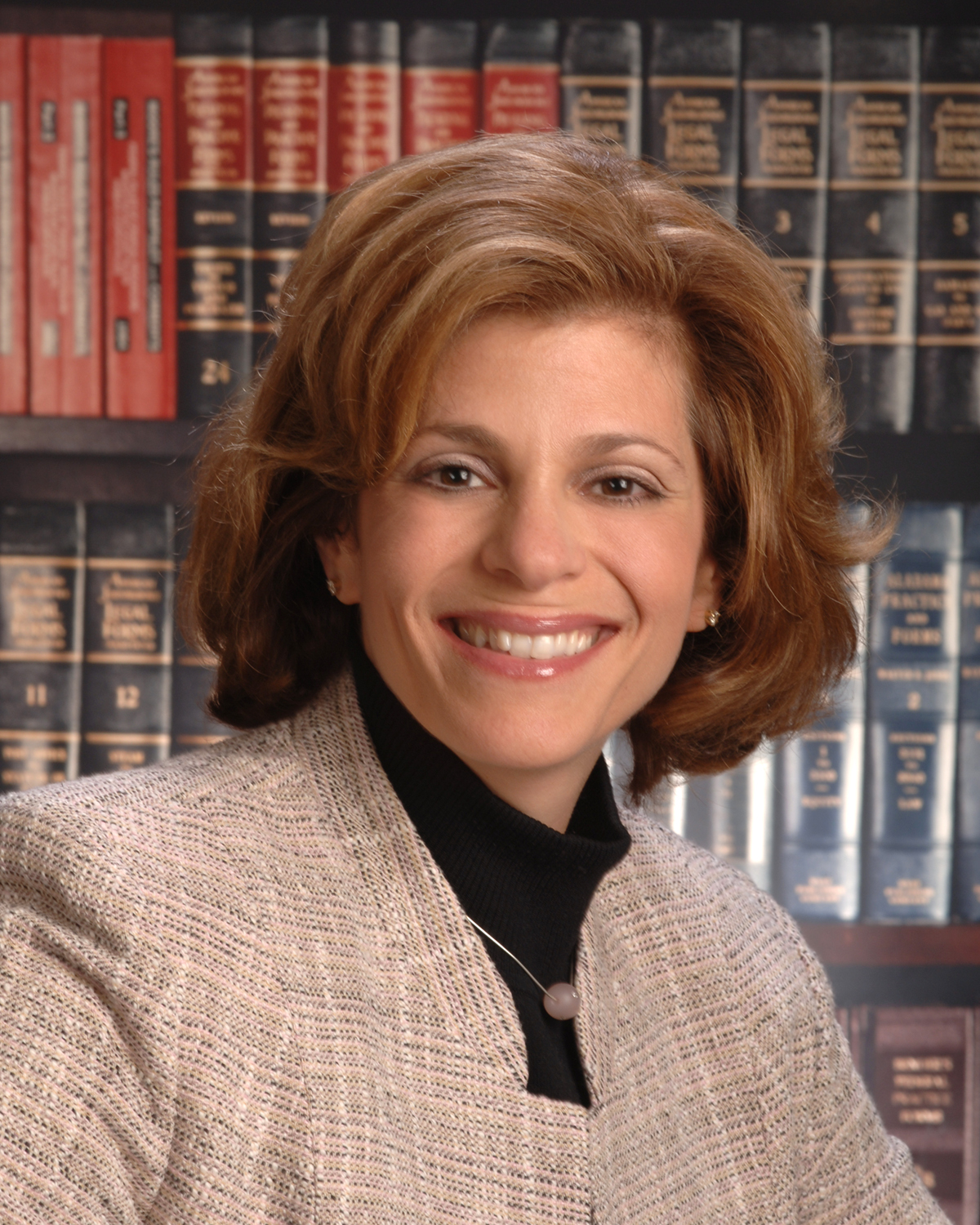 Ms. Pearlman was born and raised in Utica, New York. She is currently the managing partner in a civil litigation law practice founded by her father, Louis T. Brindisi, which is now known as Brindisi, Murad, Brindisi & Pearlman, LLP.

She attended LeMoyne College, in Syracuse, New York, where she earned a Bachelor of Science in Accounting. After college, Ms. Pearlman continued her education at the University of Richmond School of Law in Richmond, Virginia, where she earned her Juris Doctor. She continued her post-graduate education and graduated from the University of Baltimore, Maryland, Graduate Tax Program, with a Master of Law in Taxation (LLM).

After law school, Ms. Pearlman began her career with the accounting firm formerly known as Coopers & Lybrand in Washington, D.C., as a tax consultant (1989-1991). Thereafter, she practiced in the fields of commercial real estate and corporate transactions with the law firm of Andrew Naden & Associates, P.A., in Towson, Maryland (1992) and thereafter with Fedder and Garten, P.A., in Baltimore, Maryland (1993-1997).

Ms. Pearlman moved back to Central New York in 1997 to join her family’s law practice, Brindisi, Murad, Brindisi & Pearlman, LLP, where she has been practicing law and raising her family ever since.

Ms. Pearlman practices in the field of civil litigation, with an emphasis on personal injury law. She has handled thousands of civil cases and has secured millions of dollars in settlements for her clients, many of which have been won through participating in alternative dispute resolution (ADR), such as mediations and arbitrations.

Ms. Pearlman has earned an AV Preeminent rating from Martindale-Hubbell® Peer Review Ratings™, which places her in a group of select lawyers recognized for their legal ability and professional ethical standards.

Ms. Pearlman also has an AVVO Rating of 9.2, garnering her the title of “Superb”, on a 0-10 scale, which is an online directory of lawyers, that evaluates a lawyer’s background based on their profile and accomplishments, and peer reviews from attorneys and clients.

Ms. Pearlman is also a member of the Mass Tort Trial Lawyers Association, which is an invitation-only professional organization, composed of and limited to the Top 25 attorneys from each state or region who serve individuals and families that need attorneys to represent them with regards to their Mass Tort claims in the United States.

She was also featured in Fortune Magazine’s Women Leaders in the Law in 2015, where she was recognized as an elite female attorney, exhibiting the highest level of professionalism, and having been peer-rated by Martindale-Hubbell® for her legal ability and high professional ethical standards.

She is admitted to practice law in New York State, Virginia, Maryland, and the District of Columbia. She lives in New Hartford, New York, with her husband, Victor, and they have three children, one of which is a recent graduate of Albany Law School.