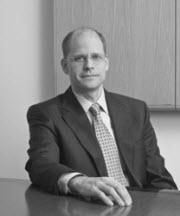 Greg Heller has litigated numerous personal injury cases that have resulted in multimillion-dollar recoveries for his clients. Like the other members of the firm, he concentrates his practice in catastrophic personal injury litigation and health care law.

After graduating from the University of Michigan Law School in 1990, Mr. Heller spent a year clerking for a federal appellate judge, and then went to work for a prominent commercial litigation firm in Philadelphia. In 1995, Mr. Heller went to work for Charles G. Young, III, and Joseph ‘Pete' Ricchiuti, two trial lawyers with wide reputations for courtroom skills and success in catastrophic personal injury cases. In 2004, Mr. Young, Mr. Ricchiuti and Mr. Heller joined with Ted Caldwell (another senior trial lawyer with whom they practiced) to form Young Ricchiuti Caldwell & Heller, LLC.

Mr. Heller has been a pioneer in the area of managed care accountability, especially when it comes to holding managed care companies accountable in court for placing profits ahead of patients. He is particularly interested in the public health and public safety implications of managed care practices. Much of his recent work in this area has involved mental health and addiction treatment, because managed care abuses are so prevalent in this area, and because managed care misconduct in this area has such significant public health consequences. He is currently one of the lawyers representing a nationwide class of patients challenging a managed care company's unlawful refusal to cover autism treatment (for press coverage, click here). Mr. Heller has served as a consultant for the National Alliance for Model State Drug Laws, in work funded by grants to the National Alliance from the United States Department of Justice's Bureau of Justice Assistance. His clients in this area have included the District Attorneys Association of Pennsylvania, the County Commissioners Association of Pennsylvania, and other organizations concerned with public safety and public health. He was directly involved, as counsel for patient advocacy groups, in the negotiations that led up to the passage of the Paul Wellstone and Pete Domenici Mental Health Parity and Addiction Equity Act of 2008.

Greg is directly involved as counsel for patient advocacy groups in current efforts surrounding the implementation of the Patient Protection and Affordable Care Act of 2010 and the shaping of the regulations that are necessary to give effect to much of that Act. His recent memorandum explaining why inpatient nonhospital addiction treatment must be a covered benefit under the Affordable Care Act can be found here.

In May 2010, Greg received the Brian H. Early Award from the Richard J. Caron Foundation, in recognition of his accomplishments in improving access to addiction treatment.

Mr. Heller has written articles for a number of key publications in the legal profession. For Greg's recent article on medical malpractice cases and whistleblower claims, which was published in the national publication Medical Malpractice Law & Strategy, click here (Part I) and here (Part II).  He has lectured on managed care issues for the Pennsylvania Bar Institute and the Pennsylvania Association for Justice, and he has testified on these issues before the judiciary committee of the Pennsylvania House of Representatives. He was recently invited to become a Fellow of the American Bar Foundation, which is an honorary organization of lawyers, judges and legal scholars "whose public and private careers have demonstrated outstanding dedication to the welfare of their communities and to the highest principles of the legal profession."

Mr. Heller, like all the members of Young Ricchiuti Caldwell & Heller, is a member of the Million Dollar Advocates Forum, a forum restricted to lawyers who have had primary responsibility in securing a recovery in excess of $1 million. The Martindale-Hubbell Legal Directory has given Mr. Heller its highest rating.*  He is admitted to practice before the United States Supreme Court, Pennsylvania courts and the United States Patent and Trademark Office.  He received his undergraduate degree in physics from Williams College and his Juris Doctorate cum laude from the University of Michigan Law School, where he was managing editor of the Michigan Law Review and received several awards for legal scholarship.