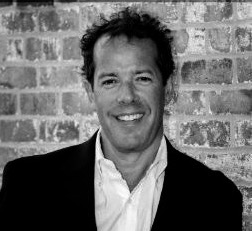 Mr. Bagnell, Co-Founder of his previous firm Lucas Bagnell Varga, LLC, has more than twenty-four years’ experience representing individual and corporate clients in the areas of employment law, civil rights, contract disputes, executive compensation, trademark law, firearms defects, and related civil litigation and appeals. In October 2017, Attorney Bagnell was named a Fellow of the Litigation Counsel of America, an invitation-only award recognizing his accomplishments as a trial attorney and litigator.  He was also named in August 2017 in the 24th Edition of the Best Lawyers in America, an award reserved for few practicing attorneys in the United States, and is a Life Member to the Multi-Million Dollar and Million Dollar Advocates Forum, recognizing his record of substantial monetary awards for his clients. He has been named as one of the Top 50 lawyers practicing in Connecticut by Superlawyers Magazine, has been similarly recognized as one of the top 50 Litigation Stars in Connecticut by Benchmark Litigation in 2013, 2014 and 2015, and has been described as an “experienced and able trial attorney” by a senior federal judge in a published opinion.

A graduate of Holy Cross College and Boston College Law School, he has been peer-rated in the top five percent of attorneys practicing in Connecticut in Law & Politics and SuperLawyers Magazine every year since its inception in 2006 through 2016.  His practice is entirely devoted to civil litigation and appeals.

Among other matters, Attorney Bagnell is currently representing a SWAT team member seeking damages when his firearm discharged after falling to the ground. Since the suit was filed, the manufacturer has issued a voluntary upgrade of the pistol due to problems with the weapon's internal safeties, which are designed to prevent the gun from firing in such a situation.  The Complaint seeks "in excess of $1 million for each count and there are three counts in the Complaint, each requiring proof of different elements.  What amount is ultimately awarded is of course up to a jury and the Judge as I have mentioned," he added.  "A weapon that fires without a voluntary trigger pull is a very serious issue, the amounts in question reflect that, and the company's post-suit conduct reflects it, as well"

Mr. Bagnell says, “The suit has been validated already in our view,” as the upgrade indicates the company's awareness of the defect.

In July 2016, he concluded a marathon eight-year insurance coverage battle against insurance giant AIG, having defeated the company’s motion for summary judgment on the claim of unfair insurance practices under Connecticut law. “While the delay and anti-plaintiff bias in this case, as well as the four-year underlying case, were appalling, we were pleased with the final outcome made possible by a new judge.  Under no circumstances may an insurance company delay a coverage determination for more than four years, on the exact type of claim a $5 million EPLI policy was written to cover."

"It was difficult to see my client, who lost her livelihood and home for refusing to lie under oath, and was unanimously awarded $4.2 million by a jury of her peers, then re-victimized by a 12-year overall delay in resolving her case."

"I am so proud of my client's heroic perseverance in the face of not just endless delay, but prolonged and improper efforts to obstruct, re-examine and essentially undo her jury verdict."  We have a "Seventh Amendment for a reason; countless studies have shown that judges do no better, and in some cases do worse, than lay people in determining who is telling the truth."  The particular biases of any judge, moreover, "are not subject to being reined in by a peer group, as is the case with a jury," as a University of Chicago study demonstrated.  As author of The Verdict,  trial lawyer Barry Reed, once noted, there are "unfortunately a few actors in the judicial system who recoil when a plaintiff wins a large verdict, and search for excuses to obstruct or nullify it any way possible."  In this case these efforts became "so extreme that my client's verdict, which came four years after her claim was submitted to the carrier for a coverage determination, was ultimately characterized as a "proof of loss" statement by the second court.  Anyone remotely familiar with insurance law or practices knows that to be, at best, absurd."

Jeff has obtained precedent-setting decisions in several areas including wrongful discharge, the Family and Medical Leave Act, spoliation of electronic evidence, and E-discovery.  Among other successful results for clients, with attorney Scott Lucas he obtained a $17.4 million arbitration award in December 2012 on behalf of five former executives of a public life sciences company who were denied certain change in control benefits following a merger in November 2008.  In June 2009, he obtained a $1 million settlement of an age discrimination claim on behalf of a terminated cosmetics executive. In July 2008, he obtained the aforementioned $4.2 million jury verdict on behalf of a former employee of the New Haven Register, who was terminated in retaliation for refusing to give false testimony in a state administrative proceeding. In August of that year he successfully opposed a motion for summary judgment by General Electric Company in an age discrimination case involving an E-band executive.

He also represented the plaintiff in Doe v. Norwalk Community College, 248 F.R.D. 372 (D. Conn. 2007), a case in which he was among the first attorneys in New England to obtain sanctions for spoliation of electronic evidence.  He has achieved other substantial verdicts and settlements in his practice areas.  His practice is entirely devoted to civil litigation and appeals.   While he is known for representing individuals, his representative corporate clients have included Norwalk Marine Contractors, Inc.; Delta Level Defense; Dax Labs LLC; RuggerWear LLC; and Velocity Express, Inc.

He has argued cases in the U.S. Court of Appeals for the Second Circuit, U.S. District and Bankruptcy Courts in New York and Connecticut, as well as the Connecticut Supreme Court.  In preparing his cases for trial and selecting juries, Mr. Bagnell works very closely with a Virginia-based jury consultant, Carolyn Koch, Esq. of Jury Solutions Inc., to ensure the best possible presentation to the jury.

Articles on cases he has handled have appeared in the National Law Journal, Lawyers Weekly USA, the Connecticut Law Tribune, and various legal journals. He has obtained precedent-setting decisions in the areas of E-discovery and spoliation, insurance coverage, wrongful discharge, wage and hour laws, and the Family and Medical Leave Act.  He has been a frequent speaker at bar association events, including the Connecticut Bar Association’s annual meetings. He has authored articles on evidence issues arising under Title VII of the Civil Rights Act of 1964, litigating cases under the Family and Medical Leave Act of 1993 (FMLA), as well as Supreme Court jurisprudence on the Federal Rules of Civil Procedure. He was a contributing editor of the American Bar Association’s Model Employment Law Jury Instructions, Second Edition, as well as the American Bar Association’s Employment Litigation Handbook.

Mr. Bagnell is a member of the bar of the United States Supreme Court, the United States Court of Appeals for the Second Circuit, and the United States District Court for the Southern and Eastern Districts of New York and Connecticut. He is admitted to practice to the state bars of Connecticut and Massachusetts. Previously in his career he served as associate counsel for a $300 million, publicly traded communications company in Milford, Connecticut, with over 2,000 employees, where he advised management on a broad array of issues involving international and domestic business transactions. He also served as an attorney with Garrison, Levin-Epstein, Chimes & Richardson, P.C. in New Haven, Connecticut, a firm that specializes in civil litigation and white-collar criminal defense, where he worked closely with the firm’s founding partner, Joseph D. Garrison on a variety of cases and successful trials, including $1.6 million and $500,000 verdicts against companies for violation of the FMLA in 2003 and 2005.

“You learn so much just by observing a lawyer as preeminent as Joe, let alone being able to work with him for years,” he stated. “It was a great experience and one which continues to influence my practice today.”

In his spare time, Jeff is a dedicated cyclist.  He is currently ranked 11th out of 1,221 cyclists for the fastest time in Westport's Compo Sprint time trial, averaging almost 28 miles per hour.   He is also an avid sailor.

He is also the author of One Question Too Many: The Trial of Captain Charles B. McVay, a study of the court-martial of the captain of the USS Indianapolis.  His work on this article, which included locating and obtaining a copy of the original 1945 trial transcript, led him to be consulted by the actor who portrays the Japanese submarine commander in the motion picture “USS Indianapolis:  Men of Courage” starring Nicholas Cage.