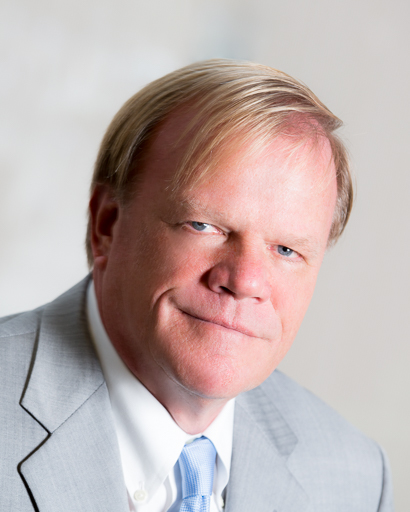 John Kralovec, one of the firm's founding partners, brings a strong record of success in the practice of medical negligence and personal injury.  Mr. Kralovec’s 30 plus years of practice and trial experience has resulted in hundreds of millions of dollars in verdicts and settlements.Mr. Kralovec obtained a record-breaking $51 million verdict on behalf of a client who was severely injured in an automobile collision. The verdict is the highest Illinois compensatory verdict for personal injury.

A+ rating from the Better Business Bureau

A thirty-two year old high school teacher was rendered quadriplegic when the Abed@ of a tractor-trailer dump truck disengaged from the truck and landed on Plaintiff=s van.  The verdict is the highest Illinois compensatory verdict for personal injury (non-death).

A home care nurse left a 12-year-old quadriplegic child with cerebral palsy, spastic quadriplegia, incontinence, cortical blindness and scoliosis unattended in a tub of water at her south suburban home, causing her to drown.  The verdict is an Illinois high for death of a child and is also a record high for death of a severely disabled individual.

Plaintiff was diagnosed with diverticulitis and underwent surgery. During the procedure, Defendant doctor failed to perform a Hartmann's colostomy after identifying an abscess in the colon, rectum and vagina leading to septic shock and the death of a fifty year old wife and mother of one.

Ex-Chicago Bear defensive end awarded the first verdict by an NFL football player against a Ateam physician@ for allowing a player to play after it was clear that he should have retired.  Plaintiff received several corticosteroid injections to the knee and surrounding area to keep him playing causing him to suffer from severe arthritis requiring the use of a cane to walk, and had six knee surgeries.

A thirty-eight year old car-man for Soo Line was injured when his loading machine was rear-ended by a co-worker.  Plaintiff developed an asymptomatic hydromyelia in his spinal cord.  This was the largest verdict for this injury in Cook County.

Plaintiff was working on a sound barrier wall on I-294 when a salt truck lost a wheel and struck him.  As a result, he suffered multiple leg and pelvic fractures.

A twenty-two year old single female was killed when the “bed” of a tractor-trailer dump truck hit an overpass, was ripped from the trailer, and landed on top of a van in which she was a passenger.  She sustained numerous injuries including a C1-C2 separation and subarachnoid hemorrhage, which combined to take her life 9 hours post-crash.

A married mother of one was struck and killed by a commuter train while attempting to cross the tracks.   Plaintiff was a pedestrian at the time, and the defense contended that the train was clearly visible.  Appellate Opinion created new law regarding post-accident changes and expert testimony in presence of eye witnesses.  Record verdict at that time for loss of a wife and mother.

A four year old boy was attending a backyard swimming pool party at the home of his mother=s employer.  The child suffered a near drowning in the presence of thirty adults.

Plaintiff was assisting a co-worker in unloading angle iron steel from a barge. When Plaintiff attempted to climb down from the stack of steel he was standing on, the dunnage (wood) supporting the steel cracked, causing a 5000 pound bundle of steel to fall on Plaintiff's legs. The cause of the accident was Defendant’s improper stacking of the steel bundles creating a hazardous and dangerous condition.  Plaintiff’s injuries led to an above-the-knee amputation of left leg.

Plaintiff was killed when he stepped back into an elevator hoistway door. The elevator door collapsed and he fell seven stories into the elevator shaft.

Plaintiff, a bricklayer, was killed when an inadequately braced wall collapsed, crushing decedent during construction of the off track betting parlor.

Plaintiff experienced a recurrence of a malignant gastrointestinal stromal tumor which had previously been diagnosed.  Plaintiff went to Defendant for a liver biopsy and resection.  Plaintiff suffered post-operative bleeding which was not recognized or diagnosed and therefore not treated, resulting in his death (survived by wife, two adult children and one minor child).

Pretrial settlement of a pending case for a paraplegic whose spinal abscess went undiagnosed and untreated for several days.

This case involved an automobile accident with a truck and was a record breaking settlement in Grundy County, Illinois