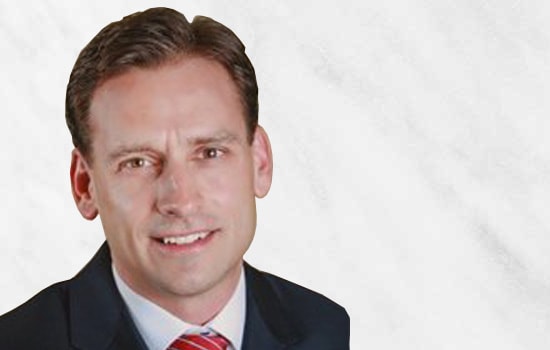 Joseph G. Sauder handles complex cases on behalf of individuals, victims of sexual misconduct, consumers, small businesses, and employees. Mr. Sauder currently serves as court-appointed lead counsel in state and federal courts across the country. He has successfully litigated cases against some of the largest companies in the world.

Mr. Sauder started his legal career as a prosecutor in the Philadelphia District Attorney’s Office where, from 1998 to 2003, he successfully tried hundreds of criminal cases to verdict, including sexual abuse cases. LawDragon recognized Mr. Sauder in its list of the "500 Leading Plaintiff Consumer Lawyers” for 2022. The Lawdragon consumer law guide offers the publication’s take on the best of the U.S. plaintiff bar specializing in representing consumers. The publication notes "these are the lawyers who stand on the front line in individual lawsuits and class actions seeking justice. They relish their role of underdog, taking on the toughest cases . . . ." The American Lawyer named Joe Sauder to its 2021 Northeast Trailblazers. The honor recognizes 60 lawyers who are “truly agents of change.” It "recognizes professionals in the Northeast who have moved the needle in the legal industry." The Northeast includes Maine, New York, New Jersey, Vermont, Massachusetts, Rhode Island, Connecticut, New Hampshire, and Pennsylvania.  The Legal Intelligencer named Mr. Sauder in its 2020 Pennsylvania Trailblazers list recognizing 31 lawyers who “have taken extra measures to contribute to positive outcomes . . . and who are truly agents of change.” The Legal highlights Joe’s innovative work on advocacy as class counsel in large institutional sex abuse cover-ups, women's, and children's rights. Mr. Sauder has been repeatedly recognized by his peers. Since 2012, Mr. Sauder has been selected by the National Trial Lawyers Association as one of the Top 100 Trial Lawyers in Pennsylvania. Since 2011, Mr. Sauder has been selected as a Pennsylvania SuperLawyer, a distinction held by the top 5% of attorneys in Pennsylvania, as chosen by their peers and through the independent research of Law & Politics. In 2020, Mr. Sauder was selected to America’s Top 100 High Stakes Litigators® in Pennsylvania, comprised of the nation’s most exceptional trial lawyers for high stakes legal matters. The American Lawyer Media, publisher of The Legal Intelligencer and the Pennsylvania Law Weekly, named Mr. Sauder as one of the “Lawyers on the Fast Track” a distinction that recognized thirty-five Pennsylvania attorneys under the age of 40 who show outstanding promise in the legal profession and make a significant commitment to their community.

Mr. Sauder’s public service activities have included teaching trial advocacy to a local Philadelphia high school team that competed in the State Mock Trial Competition. He is vice president of the Philadelphia District Attorneys’ Alumni Association and served on the Executive Committee of Temple Law Alumni Association. His pro bono activities have included serving as a volunteer attorney with the Support Center for Child Advocates, a nonprofit organization that provides legal and social services to abused and neglected children. He has represented survivors of clergy sex abuse in diocese establish compensation fund and assisted local businesses impacted by COVID-19. Mr. Sauder and his wife fund a scholarship endowment at a local community college for first-generation college students.

Mr. Sauder enjoys spending time with his wife and three children. He continues to play ice hockey, a sport that he started when he was 4 years old and has taken him around the world. He has also coached several teams over the years.