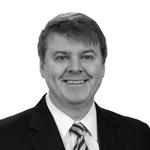 Joseph Graham, Jr. is Co-Head of Litigation for the Houston office. Mr. Graham has a wide variety of experience in counseling clients in business litigation, arbitration and government investigations.

From 2012 to the present, Mr. Graham has been selected by Ace Insurance as one of two dozen preferred securities litigators in North America.  Mr. Graham is also Co-Chair of the Risk Advisory Committee at the Firm.

While in school, Mr. Graham was a member of Phi Beta Kappa, an Academic All-American, and the recipient of The University of Chicago Outstanding Merit Scholarship.  Mr. Graham is admitted to practice in the U.S. District Courts for the Northern, Southern and Eastern Districts of Texas, the Northern, Southern and Eastern Districts of California, the District of Arizona, and the U.S. Court of Appeals for the Ninth and Fifth Circuits.  Mr. Graham was also captain of his college tennis team and still plays frequently.

Represented large international oil company in dozens of claims involving well blow-out.
Represented a company in nation-wide class action in Missouri related to allegedly defective dip tubes in water heaters
Represented a tire company in half a dozen different cases (each asserting millions of dollars in damages) related to the alleged failures of tire products