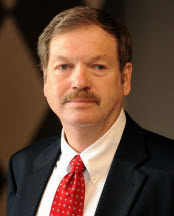 Justin L. Williams is a trial lawyer. Mr. Williams is comfortable taking clients, cases to a jury and has been extremely successful trying cases for over 30 years. Mr. Williams is a member of the “MILLION DOLLAR ADVOCATES FORUM” and the “MULTI-MILLION DOLLAR ADVOCATES FORUM”.  Mr. Williams has also obtained the AV “Preeminent” Rating by Martindale-Hubbell, the Highest Possible Rating in both Legal Ability and Ethical Standing awarded by the organization and repeatedly elected to the prestigious "SuperLawyers" in Plaintiff's personal injury law. He is a Lifetime Charter Member of the "BEST ATTORNEYS IN AMERICA" and elected to the " NATION'S TOP ONE PERCENT," by the National Association of Distinguished Counsel. Mr. Williams was recognized as one of the Top 100 Trial Lawyers by the National Trial lawyer’s organization. Each of these awards is limited to the top attorneys in the field. Mr. Williams has been at ease in the courtroom since his first trial experience while still in law school in 1982. He has lost count of the number of cases he has tried but has tried numerous cases to verdict in Nueces, Harris, Brazoria, Jefferson, Cameron, Kleberg and Jim Wells counties while trying cases to verdict in Matagorda, Calhoun, Zapata, Webb, Aransas, Montgomery and Hildago State courts and Federal courts in the Southern District of Texas, Corpus Christi and Houston Divisions, Eastern District of Texas, Beaumont Division and handling cases from Glen Ellen, South of Ft. Worth, to El Paso in West Texas and State and Federal Court in Tyler in East Texas. Mr. Williams has handled cases pro hac vice in courts in Indiana, North Dakota, Alabama, Georgia, New Jersey, Pennsylvania, Minnesota, Massachusetts, Louisiana, Washington, Oklahoma, Colorado and New York. Mr. Williams is licensed to practice in the State of North Dakota and in the North Dakota State and Federal Courts. He has also been involved in representing parties in cases originating in the North Sea, off the coast of Scotland, offshore Nigeria and in the inland waterways of Nigeria, offshore Trinidad, in Switzerland and in former Soviet Republics.

Justin L. Williams leaned about almost every aspect of the oil field during years of representing the oil and gas, and oilfield service industry. Mr. Williams represented Mobil Oil Corporation, then ExxonMobil, along with Halliburton Company, Halliburton Energy Services, Inc., and related Halliburton companies, Chevron U. S. A., Pennzoil, Shell, Texaco, Standard Oil and BP, a host of independents and service companies Western Atlas and Baker Hughes. Mr. Williams learned the industry from drilling pad to surface cement and from TD to snubbing, from cementing to completion. For the last 10 years, Mr. Williams has applied the experience he gained representing the industry to representing oilfield workers who are severely injured, burned or the families of workers killed in the oil field or in the offshore oil industry. In addition to his land based experience he has experience in or has tried platform explosion, Jones Act seaman cases and foreign seaman cases. Currently, Mr. Williams focuses his practice on oil field injuries, catastrophic burn and wrongful death claims, large commercial claims, drug claims, “whistleblower” or Federal or State False Claims Act cases, and contingency litigation.

In September of 2014, Mr. Williams began trial in district court in North Dakota in the A. J. Rohr v. Continental Resources, Inc., et al case, which settled during the second day of trial and was then featured in a cover story in the NEW YORK TIMES by WRITER Deborah Sontag, “WHERE OIL AND POLITICS MIX.” Mr. Williams was also  interviewed for a PBS television documentary on safety in the oil field in North Dakota and featured on NPR’s “All Thing’s Considered,” radio program on the same subject.

Mr. Williams, his wife Karen, and his family won their greatest victory in 2008 when he was diagnosed with pancreatic cancer and underwent a “Whipple” operation at M. D. Anderson. “Having cancer allowed me to experience what my clients and their families experience when they are the victims of a tragic accident and are burned or severely injured. I didn’t work for almost two years and endured many of the hardships my clients experience. I think I emphathize with my clients more than the average lawyer as a result of that experience.”

Mr. Williams is also currently represents families who have been injured or lost loved ones in pharnacuetical litigation across the country.