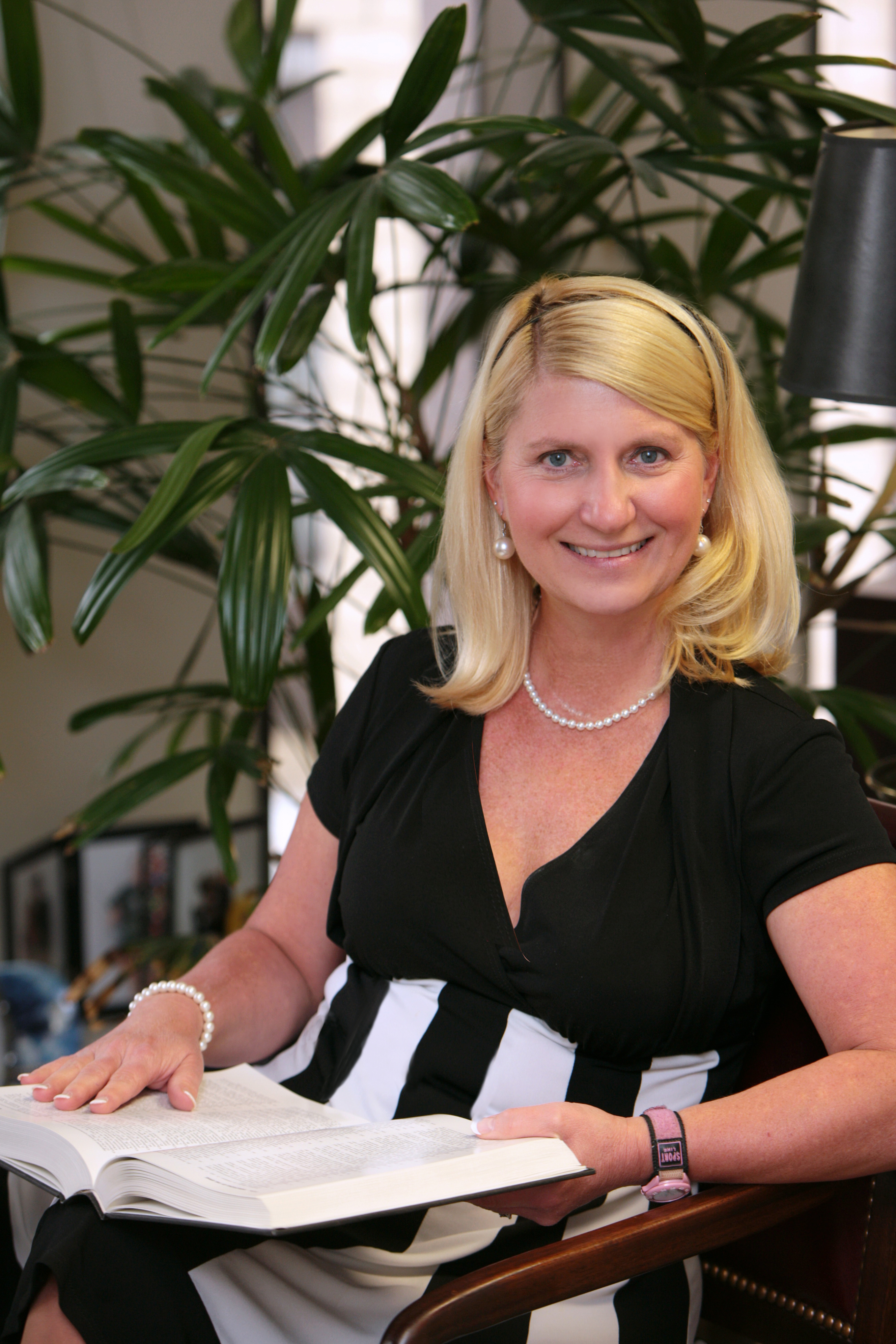 Laurie A. Amell, R.N., J.D. is Of Counsel with the firm of Regan Zambri & Long. Ms. Amell has specialized in complex medical malpractice, personal injury, and wrongful death litigation for over 25 years. In addition to being a Past President of the Trial Lawyers Association of Metropolitan Washington, D.C. (TLA-DC), she was the 2007 recipient of their Trial Lawyer of the Year award, and has served on their Board of Governors since 1999. She has been named one of Washington’s “Super Lawyers” and is listed in "Best Lawyers in America" for both medical malpractice law and personal injury litigation. She has been consistently listed as one of the top lawyers in D.C. by Washingtonian Magazine. In August 2007, Ms. Amell was featured in Fortune Magazine as one of America's Premier Lawyers by Sky Radio Network. In October 2007, she was featured in Washingtonian Magazine in their 2007 Women in Business section.

A graduate of Georgetown University School of Nursing and George Mason University School of Law, Ms. Amell has successfully represented clients, both in trial and settlement proceedings, achieving record-setting recoveries. She has obtained dozens of six and seven figure verdicts and settlements in medical negligence and personal injury cases, including an eight figure verdict in a brain injury case in D.C. Federal Court in December 2002. Ms. Amell's notable jury verdicts and settlements include:

• $5.77 million verdict in Szigety v. Metropolitan Gastroenterology Group, P.C., a wrongful death case tried before Judge John Debelius in Montgomery County in August 2012. The case involved a 21-month delay in the diagnosis and treatment of a young woman’s rectal cancer. The defendants included a Chevy Chase gastroenterologist and his professional corporations. Plaintiffs (the surviving parents) alleged that the gastroenterologist missed a cancerous lesion during a February 2008 colonoscopy, failed to advise the decedent that the procedure was inconclusive, and then failed to perform additional diagnostic studies to confirm the cause of rectal bleeding in the 26-year-old patient. The defense alleged that the rectal cancer was already incurable in February 2008 and claimed that decedent did not return to Dr. Keegan as instructed. The Rockville jury found for plaintiffs, who lost their only daughter at age 30, on all issues.

• $5.26 million verdict in Lawson v. United States for severe and permanent brain injury to Ruth Lawson, the young wife of an Air Force Intelligence Officer. Ms. Lawson had a congenital brain abnormality known as Arnold Chiari Malformation. This malformation became symptomatic during her second pregnancy, during which time she developed a cascade of neurological signs and symptoms as a result of increasing intracranial pressure. Her symptoms were all down-played, were blamed on her pregnancy, and she was viewed as a "problem patient." Her cerebellum and hindbrain suffered permanent injury because she was not afforded a basic neurological work-up during her pregnancy. On September 29, 2006, United States District Judge Roger Titus issued an 87-page written opinion ruling down the line for Ms. Lawson on all issues.

• $3.56 million jury verdict in a medical negligence case tried before Judge Geoffrey M. Alprin in the District of Columbia Superior Court for three weeks in May-June 2007. In October 1987, our client submitted to an HIV test by his general practitioner, who subsequently reported the shocking news that his ELISA and Western Blot tests were positive, establishing a diagnosis of HIV infection and the likely development of full-blown AIDS within several years. However, both tests were negligently performed and interpreted yielding a false positive result. Our client's HIV status was never re-checked for the next 14 years and for 9 of those years he received an aggressive regimen of toxic antiretroviral medications. In October 2001, our client was in search of less costly HIV treatment, and so he contacted NIH to participate in a clinical trial involving longstanding HIV-positive patients who had not developed the AIDS complex or related illnesses. The NIH protocol required that every patient admitted into therapy undergo confirmatory HIV testing. For the first time in 14 years, our client was re-tested for HIV and his results were conclusively negative. The jury awarded $3.56 million in damages ($2.7 for pain & suffering and $800k for lost wages) against the lab and primary care doctor.

• $2.4 million jury verdict in Curtis-Jackson v. Women's Health Center of Fredericksburg for a birth-injury case resulting in permanent brain injury to a baby boy and significant emotional injury to his mother. The hypoxia suffered by the baby prior to delivery left him with permanent cognitive deficits, inability to work, and substantial behavioral problems. The jury awarded $2.3 million for the child and $100,000 for the mother in the conservative venue of Fredericksburg, Virginia in 2004. The defense filed a lengthy post-trial motion, which was denied, and then the Virginia Supreme Court rejected the appeal, so justice was finally served in 2005.

• Seven figure settlement in Washington, D.C. involving a delay in diagnosing and treating a postoperative wound infection. This claim involved a woman in her 60's who endured extreme suffering and ultimately death after undergoing an elective orthopedic surgery for pain associated with Charcot collapse of her right foot. The woman's physicians breached the standard of care by failing to consider her many pre-existing age-related and metabolic conditions before recommending surgery that was unlikely to resolve her complaints. After surgery, the woman's wound developed a worsening infection which multiple doctors failed to acknowledge or treat for nearly a month. When she was finally sent to the hospital, her infection progressed to life-threatening sepsis as she waited over 15 hours for a bed to become available. Her doctors failed to perform cultures in a timely fashion, needed to guide her treatment, and prescribed and discontinued antibiotics haphazardly. This continuous negligence led her to experience a cascade of multiple organ failures and complications, including reliance on a ventilator, feeding tube, and dialysis, and living her final 13 days as a quadriplegic. She was completely lucid and aware for the duration of the ordeal, one which was entirely preventable and curable had proper action been taken.

• Seven figure wrongful death settlement in Washington, D.C. involving a negligent failure to refer a patient for an immediate cardiac work-up despite new complaints of chest pain and pressure, fatigue, clamminess, diaphoresis (perfuse sweating), and elevated blood pressure readings. The patient provided this information to the physician by email. The physician replied by email that everything was fine and no treatment or evaluation was necessary. Shortly thereafter, the patient suffered a fatal cardiac arrhythmia and myocardial infarction and was pronounced dead. He was only 56 years old.

Ms. Amell is admitted to practice in the state and federal courts of the District of Columbia, Maryland, and Virginia. Ms. Amell is a member of the American Association for Justice, American Bar Association, Fairfax Bar Association, and the Virginia, Maryland and District of Columbia Trial Lawyers Associations. Ms. Amell graduated cum laude from Georgetown University with a B.S. in Nursing in 1986. She worked as a staff nurse on the Cardiac-Surgical Special Care Unit at Georgetown University Hospital from 1986-1988 before deciding to pursue a career in the law. She continued to work as a critical care nurse until 1989, while attending her first year in law school, and rotated between the medical, surgical, cardiac, pediatric, and neurological intensive care units at Georgetown University Hospital. She was born in Madison, Wisconsin.  Ms. Amell has been married for 34 years and has three children, including a set of twins.