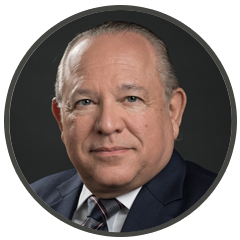 According to Michael Rustad, a Professor of Law at Suffolk University Law School in Boston, who has done extensive research on punitive damage awards, "Les Weisbrod has obtained more medical malpractice punitive damage jury verdicts for his clients than any other attorney in the United States."

His $31 million verdict against Baylor University Medical Center in Dallas in 2003 was one of the top 100 verdicts in the United States.

Since May 1986, Mr. Weisbrod has tried or settled over 204 medical malpractice and medical product cases that have each resulted in verdicts or settlements of $1,000,000 or more for his clients.

In 1990, he was chosen as a Rising Star of the ATLA and presented a paper entitled, "Dirt and Greed: A New Look at Medical Malpractice Cases." He is a contributing author to the 1996 text Operative Obstetrics published by Williams & Wilkins, and co-author of the Drugs & Medical Devices chapter in AAJ’s Litigating Tort Cases.