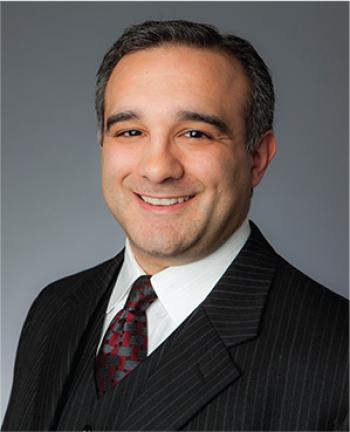 Matthew L. Tuccillo joined Pomerantz in 2011 and was named a Partner in December 2013.  With 19 years of experience, he has been a multi-year recipient of Super Lawyers® recognitions, has been a recommended securities litigator by The Legal 500 since 2016, and has maintained Martindale-Hubbell’s highest-available AV® Preeminent™ peer rating since 2014.  His advocacy has been covered by Bloomberg, Law360, the Houston Chronicle, and the Hartford Business Journal, among others.

Mr. Tuccillo has extensive experience representing large, institutional investors in complex litigation.  He oversees and is the lead litigator on Pomerantz’s securities fraud lawsuits arising from BP’s 2010 Gulf oil spill, pending in Multidistrict Litigation 2185, In re BP p.l.c. Secs. Litig., No. 4:10-md-2185 (S.D. Tex.).  Pomerantz’s BP clients include dozens of public and private pension funds, investment management firms, limited partnerships, and investment trusts from the U.S., Canada, the U.K., France, the Netherlands, and Australia, seeking recovery for losses in BP’s common stock (traded on the London Stock Exchange) and American Depository Shares (traded on the NYSE).  Mr. Tuccillo briefed and argued successful oppositions to three rounds of BP’s motions to dismiss the claims of roughly 100 institutional investors, drawing the court’s praise for the “quality of lawyering,” which it called “uniformly excellent.”

In leading the BP litigation, he has secured some of Pomerantz’s most ground-breaking rulings.  He successfully argued that foreign and domestic investors had asserted viable “holder claims” to recover investment losses due to retention of already-owned BP shares in reliance upon the fraud, which is believed to be the first ruling by a U.S. court sustaining such a theory under English common law.  He successfully argued against forum non conveniens dismissal, obtaining the first ruling after the Supreme Court’s decision in Morrison v. Nat’l Australia Bank Ltd., 130 S. Ct. 2869 (2010) to permit foreign investors pursuing foreign law claims to seek recovery for losses on a foreign stock exchange in a U.S. court.   He also successfully argued that the Securities Litigation Uniform Standards Act of 1998 (SLUSA), which extinguishes U.S. state law claims in deference to the U.S. federal securities laws, should not, as BP had urged, be extended to foreign common law claims being pursued by both domestic and foreign investors.

As Pomerantz’s lead litigator in Perez v. Higher One Holdings, Inc., et al., No. 14-cv-00755-AWT (D. Conn.), Mr. Tuccillo overcame an initial dismissal of the case to secure an order upholding a second amended complaint that pled five separate threads of fraud over a multi-year period by an education funding company and its executives.  Among other rulings, court agreed that the company’s reported financial and operating results violated Regulation S-K, Item 303, 17 C.F.R. §229.303, for failure to disclose known trends regarding the underlying misconduct and its impacts on reported results – a rare ruling in the absence of an accounting restatement.  The matter was settled on a class-wide basis for $7.5 million, and the court granted final approval.

As Pomerantz’s lead litigator in In re KaloBios Pharmaceuticals, Inc. Securities Litigation, No. 15-cv-05841 (N.D. Cal.), Mr. Tuccillo negotiated two separate class-wide settlements worth over $3.25 million in the aggregate, from a bankrupt pharmaceutical company, its jailed former CEO, and two separate D&O insurers.  Significantly, he secured payments of cash and stock directly from the post-exit company, which were twice approved by the bankruptcy court.

Mr. Tuccillo was Pomerantz’s lead litigation lawyer in In re Silvercorp Metals, Inc. Secs. Litig., No. 1:12-cv-09456 (S.D.N.Y.), a securities class action involving a Canadian company with mining operations in China and stock traded on the NYSE.  He worked closely with mining, accounting, damages, and market efficiency experts to defeat a motion to dismiss and oversee discovery.  After two mediations, the case was resolved for a $14 million all-cash fund.  In granting final approval of the settlement, Judge Rakoff noted that the case was “unusually complex,” given the technical nature of mining metrics, the need to compare mining standards in Canada, China, and the U.S., and the volume of Chinese-language evidence requiring translation.

Mr. Tuccillo’s prior casework also includes litigation and resolution of complex disputes over roll ups of consulting companies and of commercial real estate interests. At Pomerantz, he was on the multi-firm team that litigated and settled In re Empire State Realty Trust, Inc. Investor Litig., No. 650607/2012 (N.Y. Sup. Ct.), representing investors in public and private commercial real estate interests against the long-term lessees/operators, the Malkin family and the Estate of Leona Helmsley, regarding a proposed consolidation, REIT formation, and IPO centered around New York’s iconic Empire State Building.  These efforts achieved broad relief for the class, including a $55 million cash/securities settlement fund, a restructured deal creating a tax benefit estimated at $100 million, expansive remedial disclosures, and important deal protections.

Mr. Tuccillo regularly counsels Pomerantz’s and his own institutional investor clients, both foreign and domestic, regarding pending or contemplated complex litigation in the United States.  He has extensive experience collaboratively working with outside investment management firms retained by Pomerantz’s clients to uncover evidence supporting securities claims.  His investigative skills enable Mr. Tuccillo to identify potential securities frauds early, regularly providing clients with the first opportunity to evaluate and pursue.  When litigation is filed, he oversees its conduct and regularly counsels clients throughout.  These skills have enabled him to sign numerous institutional clients for litigation and portfolio monitoring services, including public and private pension plans, investment management firms and sponsored investment vehicles, from both the U.S. and abroad.

Mr. Tuccillo graduated from the Georgetown University Law Center in 1999, where he made the Dean’s List. He competed on and later coached Georgetown’s award-winning team in the Philip C. Jessup International Law Moot Court Competition, was Foreign Publications Editor of the Georgetown International Environmental Law Review, and participated in Georgetown’s top-ranked clinical program, representing the Mattaponi Tribe in its fight to block a Virginia dam project on ancestral burial grounds.

Prior to that, he was a 1995 graduate of Wesleyan University.  As an alumnus, he has devoted considerable time to Wesleyan’s pre-law programs, co-authoring and periodically updating its pre-law student guidebook and serving on numerous panels.  He has served as President, Secretary, Executive Board member, and Steering Committee member of the Wesleyan Lawyers Association.