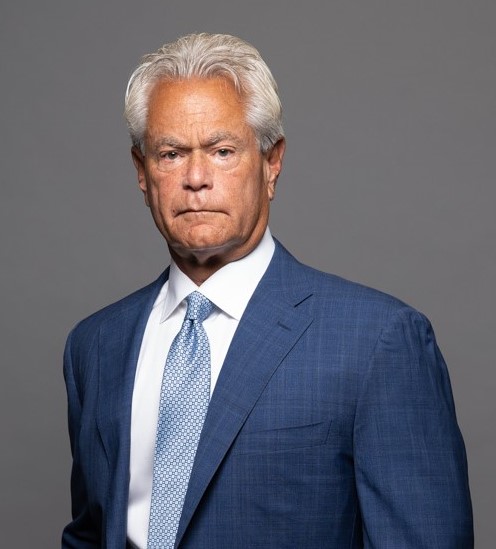 One of Chicago’s leading trial  lawyers, Michael is a compassionate and aggressive advocate for victims of personal injury, medical malpractice, and wrongful death.  Over the course of his  career, he has secured multi-million-dollar verdicts and settlements totaling in excess of $200 million.  Michael prides himself on taking a hands-on approach to every case, working  personally with his clients throughout the litigation process and getting to know them and their family members.  Michael realizes that he often meets new clients at the most trying time in their lives, and he makes it his goal to ensure that their voices are heard—by him and by the courts—and that they are provided the compassionate care they need and deserve.

Michael’s commitment to victims’ rights is evident in his community involvement.  As co-chair of the Illinois Trial Lawyers Association’s medical negligence committee, Michael works with state legislators to preserve victims’ rights, fighting for legislation that protects the right to fair and reasonable compensation for victims of negligence.  Michael also serves on the Board of Directors of Cornerstones, a not-for-profit organization that provides medical support to underserved communities.  And to ensure that future attorneys develop the skills necessary to represent victims of medical malpractice and personal injury, Michael is an Adjunct Professor at University of Illinois John Marshall Law School, now UIC.

Michael and his wife, Deb, have three adult children.  Their daughter became a member of the Illinois bar in 2020, and their sons are in the medical and research fields.  When not spending time with his family and five dogs, Michael can be found on the golf course or in the gym.

·         $11.4 million settlement for 57-year-old plaintiff who was rendered a ventilator-dependent quadriplegic during spinal surgery

·         $4.675 million settlement for CRPS and neurologic deficits resulting from a negligent lumbar fusion

Michael’s skills as a trial attorney has taken him to counties throughout the State of Illinois during his forty years of practice.  In addition, his advocacy skills have helped victims of medical negligence in Florida, New Jersey, Oklahoma, North Carolina, Florida, Missouri, Wisconsin and the Queens Court in Calgary, Alberta, Canada.  He is a featured speaker at legal and medical seminars throughout the country and contributes articles frequently to legal publications.  His column, “Cogan’s Corner,” has appeared on thirty occasions in the Chicago Daily Law Bulletin and he has been featured in the article, Michael Cogan: Calm In The Midst Of Chaos, in the prestigious Leading Lawyers Magazine.

As evidence of his legal skill and unwavering ethical legal commitment, Michael has received the highest possible peer-review grading from Martindale-Hubbell  every year for the last thirty-five years (AV Rating).

Michael is currently serving on the Board of Governors of the Illinois Trial Lawyers Association, an elected position that places him amongst the most successful trial lawyers in the State.

Finally, in September of 2017, Michael was appointed to be one of twenty-five members of the UIC – John Marshall Law School Board of Visitors by Dean Darby Dickerson.  The Board of Visitors is comprised of distinguished alumni and friends of the law school including federal judges, partners at highly respected firms, professors at law schools throughout the country and other respected individuals.  The Board helps shape the school’s curriculum, faculty and future goals.