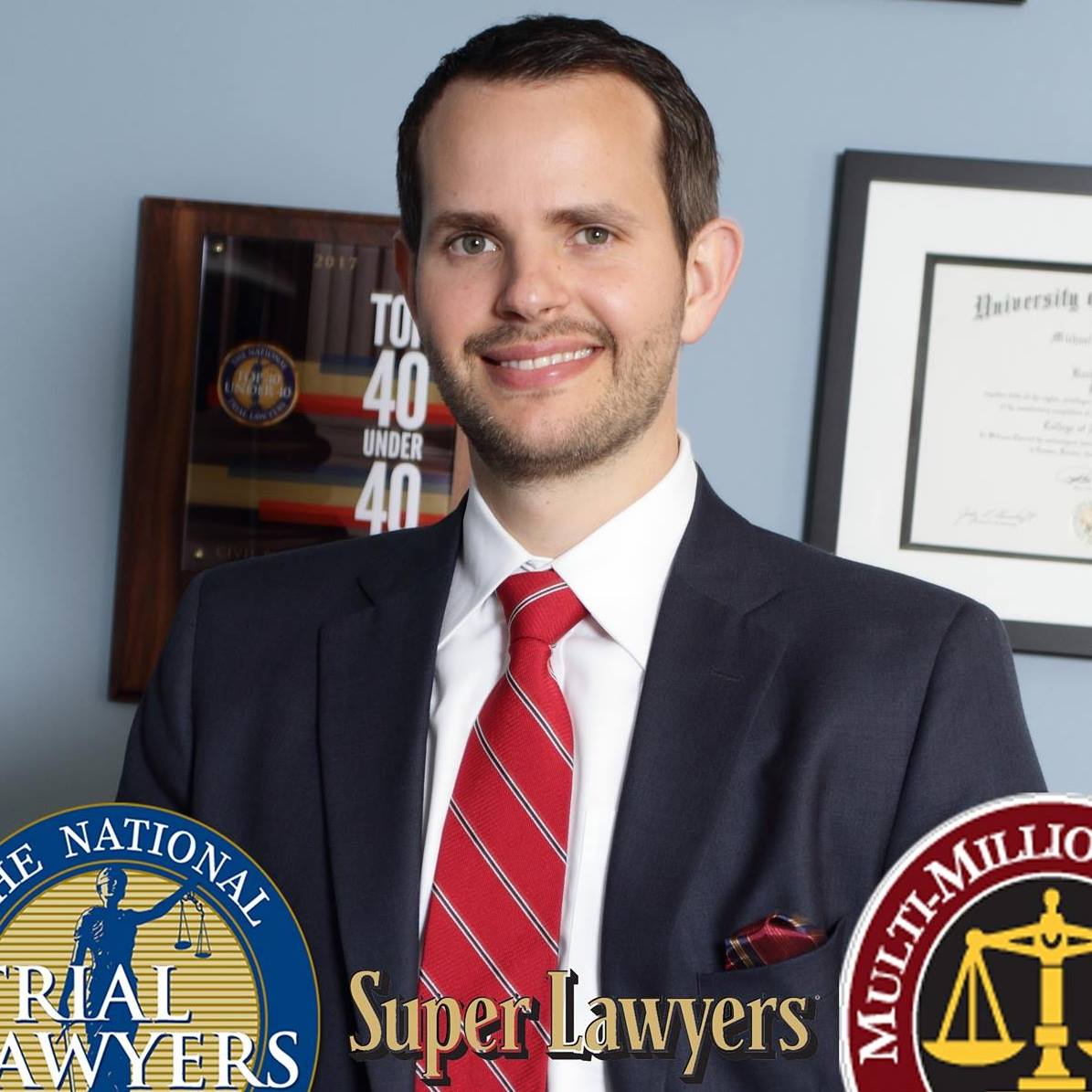 Michael Perenich is a third-generation personal injury attorney. He has been selected to Super Lawyers Rising Stars and the National Trial Lawyers 40 Under 40, and is a member of Multi Million Dollar Advocates.

His grandfather, Guy Perenich, began the firm now known as Perenich, Caulfield, Avril & Noyes in 1955. Following in his father’s footsteps, Michael’s father Mark Perenich began working for the firm in 1984. Michael spent a lot of time in the office growing up and becoming an attorney was a natural evolution for him. Michael was born in Clearwater and raised in Tarpon Springs. He graduated from East Lake High School and the University of South Florida. Like his grandfather, he studied philosophy.

While at the USF, Michael was a member of the Ethics Bowl team, and helped the team place third in the southeast region. He was also elected to be the vice president of the campus Philosophy Organization. After USF, Michael went to Loyola University, New Orleans College of Law. While in law school, Michael interned for the Honorable Judge Robert Morris of the Second District Court of Appeals. He also participated in a study abroad program in Budapest, Hungary and Istanbul, Turkey (International Transactions and Central European Legal Systems).

During his third year of law school, he was accepted to study at the Levin College of Law at the University of Florida, where he received the Honorable R. Grable Stoutamire Book Award (highest grade) in American Legal Thought, as well as a distinction in Trial Practice. Currently, Michael is the co-chair of the Clearwater Bar Golf Tournament Committee. In 2015, he was awarded an Avvo Client’s Choice Award.

Michael enjoys traveling, wakeboarding, hiking, mountain biking, soccer, reading philosophy, and cooking. He is trained in Judo and aikido, and helped his soccer team become league champions in 2015. He loves Volkswagen and performance car tuning, and worked at Volkswagen and Euro Tuning performance shop while at USF. His mechanical knowledge is a valuable tool when handling car accident or product liability cases.

Before personal injury, Guy Perenich was an adjuster for an insurance company. Guy witnessed the unjust and unfair power insurance companies had over the average person. Michael’s grandfather built his firm on the premise of “fighting for the little guy.” This is a torch that has been passed down to Michael Perenich, and he carries it with pride.