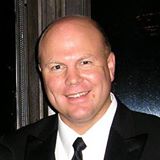 Peter L. MacIsaac is a partner with Chasan Lamparello Mallon & Cappuzzo, PC and the Chair of the Personal Injury/Medical Malpractice Department.  He is certified by the Supreme Court of New Jersey as a Civil Trial Attorney and is recognized as one of the leading medical malpractice and catastrophic injury attorneys in New Jersey.  Peter’s practice focuses on catastrophic personal injury victims and helping patients who have been harmed by preventable medical errors.  He has recovered substantial awards and settlements in matters involving many different fields of medicine.

Many of these patients have needlessly suffered wrongful death or been unfairly deprived of the opportunity to treat and cure their terminal illness.  Several have ended up in a comatose like state or have been permanently inflicted with cerebral palsy or other forms of brain damage, as a result of medical error.  As a result of his tireless advocacy on behalf of victims, Peter was appointed Vice Chairman of the NJ State Bar Association’s Special Committee on Medical Malpractice.

In addition to representing patients damaged by medical negligence, Peter also represents victims of general negligence, including those injured by driver error, as well as dangerous premises and products.  Peter also represents victims of sexual abuse including minors, disabled persons and their families.  In 2014, he recovered the largest individual reported public settlement in New Jersey for sexual molestation of a child.  Peter’s client was abused by a Priest within the Archdiocese of Newark as a boy.

Peter worked directly under one of the firm’s founding members, Joel A. Leyner, Esq., before assuming primary responsibility for the firm’s catastrophic injury and medical malpractice cases.  During his time as an associate, Peter had primary responsibility for the firm’s medical malpractice work and was instrumental in the successful resolution of many, resulting in a large amount of multi-million dollar verdicts and settlements.  Peter has procured the following compensation for his clients among other recoveries:

NJICLE   Scafidi Revisited – What is the Latest You Need to Know About “But For and Substantial Factor” Causation. November 2016

Peter and his wife Amy live in Upper Saddle River, NJ, and are the proud parents of two boys and a girl.  Peter coaches his children in various sports.