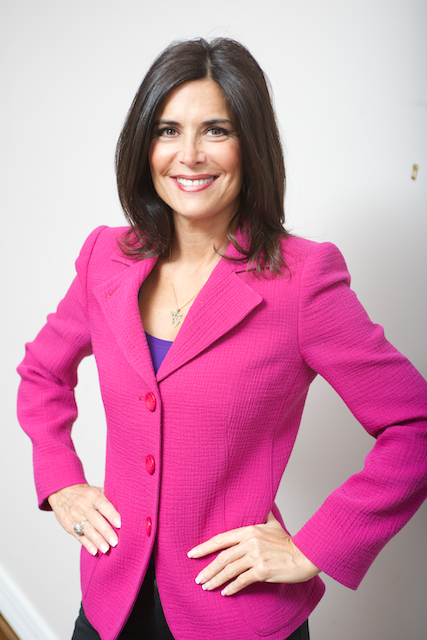 Rosemarie Arnold was born on June 9, 1962 to Iris Arnold, a school teacher, and Dr. Murray Arnold, an obstetrician gynecologist.  Her dad passed away when she was 5 years old, leaving her mother to raise their 6 children in Washington Heights, New York.  She graduated with honors from the Bronx High School of Science in 1979, where she was the captain of the women's swim team. In 1983, at age 20, Arnold graduated from The State University of New York at Binghamton, then headed to Brooklyn Law School where she was a member of the Moot Court Honor Society and captain of the negotiating team.

In 1989, feeling unfulfilled with defense litigation, Arnold founded The Law Offices Rosemarie Arnold, (a firm devoted to the representation of injured victims), in a one room office in Englewood Cliffs, New Jersey which she shared with her paralegal Mary Mazza. Twenty five years later, Arnold has built her law firm into one of the largest and most successful plaintiffs firms in Bergen County where Mary Mazza serves as the CFO.

Between 1989 and the present, Arnold has recovered hundreds of millions of dollars in settlements and judgments for her grateful clients and succeeded in scores of high profile cases.

Arnold has been called upon to give her legal expertise to the NY Times, Daily News, New York Post and Wall Street Journal. She has also appeared as a legal expert on Good Morning America, the Today Show, The Early Show, Maury Povich, NY1, ABC, NBC, CBS and FOX News, Inside Edition, and Extra TV.

Arnold has been bestowed with many accolades and honors including:

In 1995 Arnold was certified by the Supreme Court of New Jersey as a Certified Civil Trial Attorney, at the time, she was the youngest attorney ever certified in NJ. She has been re-certified to present day.

Arnold sits on the Board of Trustees of the Rebeka Verea Foundation, a non-profit corporation founded in the memory of a 17 year old client of Arnold’s who was killed on the night of her high school graduation, while a passenger in a speeding car.  Arnold is an active member of the Foundation, traveling with it’s founders to high schools in New Jersey giving presentations on the dangers of speeding and drunk driving to teenagers. Arnold also sits on the Board of Trustees of the Leonard Melfi Foundation.

Arnold has been profiled in several periodicals including New Jersey Super Lawyers, Social Life Magazine, The Bergen Record and The Town Journal.

Arnold has made recent headlines for her extraordinary results on behalf of sexual abuse victims.