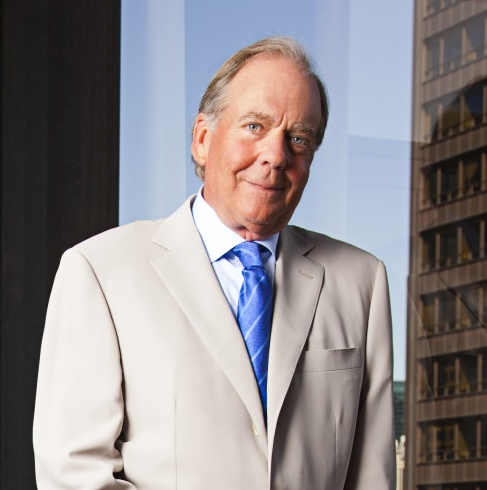 A founding partner of Corboy & Demetrio, P.C., Tom is a nationally renown trial lawyer with an emphasis on medical negligence, product liability, airplane crash, and commercial litigation on behalf of plaintiffs.

In 1983, Tom acquired the first ever 8-figure compensatory verdict in Illinois. He has also acquired the largest single personal injury verdict ever upheld by the Illinois Supreme Court and has obtained over $130 million in jury verdicts–all of which have been paid. He has acquired over $1 billion in settlements.

He has never lost an appeal.

In 2015, the prestigious Lawdragon, which had previously anointed Tom "Dean of the Chicago Trial Bar," announced that, since its inception in 2005, Tom was one of only 50 lawyers who had been named every year as one of its 500 leading lawyers in America, joining a select group that includes Supreme Court Chief Justice John Roberts and Associate Justice Anthony Kennedy.

As a leader of the bar, Tom, who served as President of both the Illinois Trial Lawyers Association and the Chicago Bar Association, has long espoused the important role of continuing legal education. He is a nationally recognized and sought after lecturer on trial techniques and advocacy skills and has authored more than 45 continuing legal education articles in the field of civil litigation.

Tom is currently the Chairman of the Board of Overseers of IIT Chicago-Kent College of Law. He has been honored by the law school by being named one of its 125 Alumni of Distinction, and he has been given its Alumni Merit Award, Professional Achievement Award, and Distinguished Service Award. In addition, he serves on the boards of the Constitutional Rights Foundation; Center for Elder and Disability Law; and Big Shoulders - Archdiocese of Chicago. He also has served on the boards of St. Ignatius College Prep and Mundelein Seminary, as well as the Notre Dame Law School’s Advisory Council and the Dispute Resolution Research Center of the Kellogg Graduate School of Management, Northwestern University.