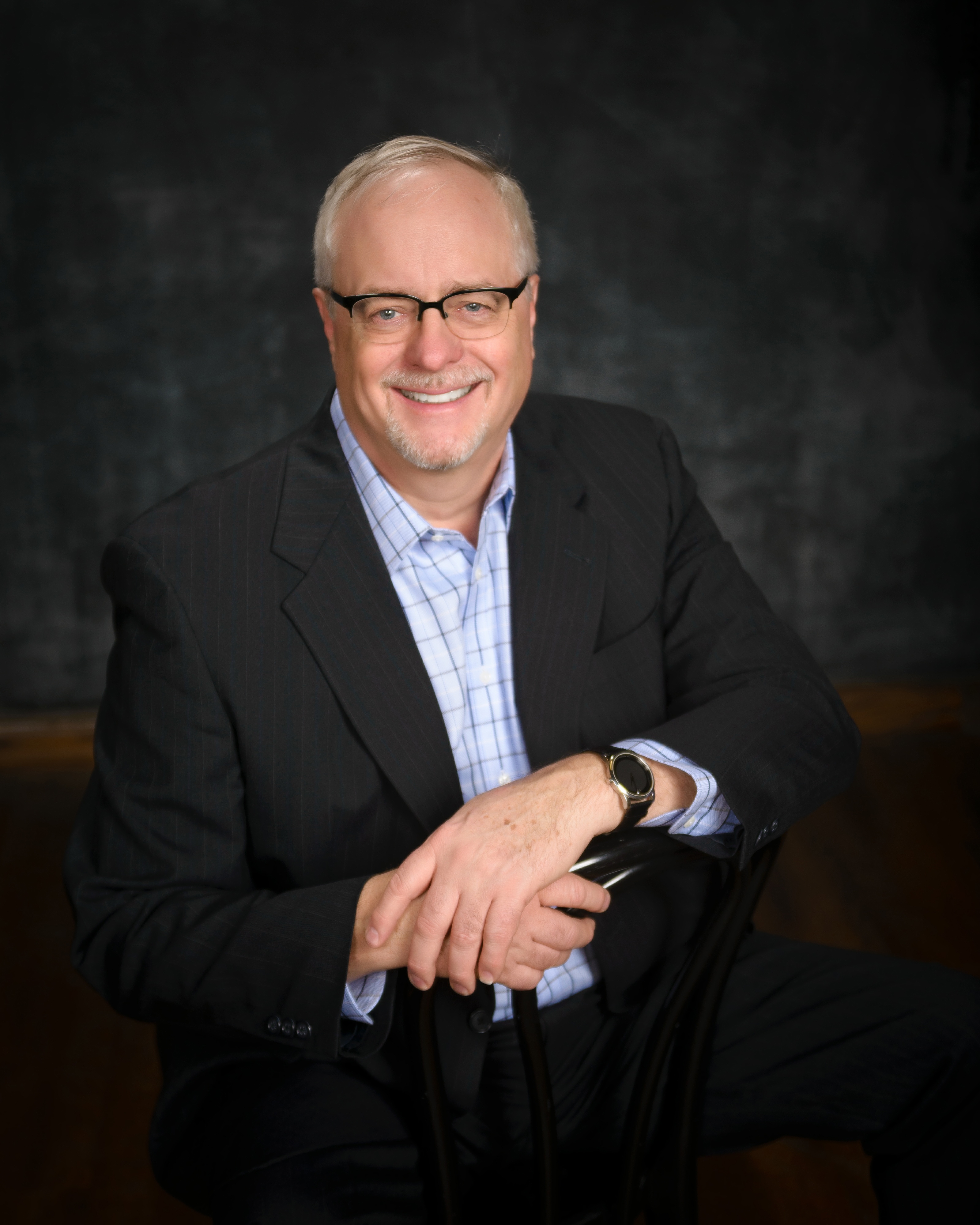 Located in Redmond, WA, Tom is a vastly experienced, and extensively validated and lauded, tax-dispute lawyer with a nationwide practice.  In 2019, Tom moved his practice from Chicago to the Seattle area.  Having practiced tax law in Washington, DC, for 18 years, next in Chicago for 18 years, and now in Seattle, he offers a premier nationwide federal tax-dispute resume. among other things.  Tom is one of six lawyers nationwide who are listed among America’s Top 100 High Stakes Litigators and who identify tax as a practice area – and one of only three west of the Mississippi.

·       40 years of technical tax experience, first representing the IRS and, after that, representing blue-chip taxpayers.

·       14 years of federal government service in Washington, D.C., where, as a senior attorney with the U.S. Department of Justice’s Tax Division, he represented the IRS in courts around the nation and in Washington.

·       42 years of extensive first-chair, in-court, trial and appellate experience, with the result that his name appears on over 60 reported federal court opinions.

Tom is one of a thimble-full of tax lawyers in private practice nationally to have first-chaired more than 20 jury trials and more than a dozen appeals in the federal courts. He has argued 15 cases before five federal courts of appeals — an extreme rarity for a tax lawyer in private practice.  With his award-winning, supervisory experience at the Department of Justice in Washington and as a long-time partner with premier large law firms, Tom may have first-chaired more multi-million-dollar tax-refund suits in the federal trial courts than any attorney now active in private practice in the United States. Tom estimates that overall he has litigated more than 200 federal tax cases over the last 40 years, on “both sides of the ball.”  In recent years, he is best known for his first-chair handling of cutting-edge federal tax-refund suits in which he “choreographed” multiple, similar pending seven- and eight-figure suits.  He recently first-chaired a proposed class action seeking $500 to $600 million in additional interest for the nation’s incorporated tax-exempt teaching hospitals — believed to be the largest federal tax class action in history, in terms of dollars and blue-chip members.

Tom is the only attorney in private practice in the nation, of whom he is aware, who formerly worked in both a district-court section (five years) and in the Court of Federal Claims section (nine years) of the Tax Division of the U.S. Department of Justice, in Washington, D.C.  This unique background provides Tom with unique insights into the comparative tax-related functions and capabilities of those two alternative tax-litigation forums.

In addition to his in-court practice, Tom represents taxpayers before the IRS’s Examination, Collection, Appeals, and Criminal Investigation Divisions, and before the IRS National Office.  Tom has worked with, or opposite, the IRS since 1983, when, as a federal prosecutor, he handled his first federal tax case — a criminal prosecution that went to a jury verdict and then, successfully, to the U.S. Court of Appeals for the Seventh Circuit where it established a rule on an issue of first impression in that circuit.

Tom’s experience with state and local tax (SALT) matters includes:  a key role in assisting a Racino in recovering $30 million in Indiana gaming excise tax; formulating arguments, and collecting evidence and preparing witnesses, for a suit by business faced with a “bet the company” assessment of lodging excise taxes by a suburban Chicago municipality; and formulating arguments respecting equitable recoupment in a nine-figure California franchise-tax case.

Beginning in 2004, Tom was at the tip of the spear of the landmark litigation over FICA tax paid on stipends provided to medical residents – litigation that in March 2010 led the IRS to announce a billion-dollar-plus global concession of the issue. Tom first-chaired the landmark victories for The University of Chicago Hospitals in both the federal district court and then in the U.S. Court of Appeals for the Seventh Circuit.  This reversal, by the IRS, of its long-time litigation position respecting an issue worth billions of dollars is one of the most notable IRS capitulations in history.  At the time of this capitulation, Tom was lead counsel in more of the pending FICA-tax cases than any other attorney in the nation.  He is the only attorney identified by The Legal 500 (2010 ed.) for work in this field.  After working with many tax-exempt institutions to navigate the IRS’s implementation of its 2010 global concession, Tom concluded that most of these institutions had been denied the proper amount of interest on their refunds of employer-portion FICA tax.  Again finding himself on the leading edge, Tom represented teaching hospitals seeking to recover perhaps $500 to $600 million of additional statutory interest, as a “follow on” to the FICA refunds made under the IRS’s 2010 global concession that he helped to secure.  Tom was the only lawyer in the nation to have actively pursued additional interest in suits filed in federal court, filing his first suit of that type in July of 2013.  That huge-dollar, cutting-edge litigation – brought by some of the nation’s most prestigious teaching hospitals -- was concluded in October 2019.  Tom is thus actually a "nine figure" tax litigator.

In the mid-2000s, he secured a full concession from the U.S. Department of Justice of a $15,000,000 IRS claim in federal court in the southeast U.S. respecting an ESOP's purported prohibited transaction -- a bet-the-company issue.

Tom’s resume displays an intellectual bent. He is the co-author (revisor) of the definitive BNA Tax Management Portfolio (TMP) No. 524, Deductibility of Illegal Payments, Fines and Penalties.  He also is the co-author (revisor) of the chapter of BNA/Bloomberg’s Tax Practice Series (TPS) that addresses IRS audits, assessments, and appeals.   Further evidence of his intellectual bent is that while he was a law student at Ohio State, he wrote an article on Wisconsin Rule of Evidence 407 that appeared in the Ohio State Law Journal, his law school’s flagship publication.  Tom might be called a “thought leader:” over the years, he has published extensively, and his writings have been cited by the Supreme Court of Wisconsin; in several leading tax treatises; and in the American University Law Review, the Creighton University Law Review, the Marquette Law Review, the Nebraska Law Review, the Ohio State Law Journal, the University of Cincinnati Law Review, the University of Miami Law Review, the New York University School of Law Tax Law Review, and the University of Southern California Law Review.  Tom has been a frequent media quote source for prominent national publications addressing tax issues of the day.  A drop-down menu listing his publications and media quotes, and his speaking engagements, may be seen at his law firm's website, www.sykestaxlaw.com.

In recognition of his tax-focused contributions, Tom recently was again named an Illinois Super Lawyer in Tax for 2021.  Thirteen times Tom has been named an Illinois Super Lawyer in Tax (i.e., Top 5% as ranked by peers):  2005, 2007, 2010, 2011, 2013-2021.  He is now listed among Washington state Super Lawyers.  He often was named a Leading Illinois Lawyer in Tax Law–Business by the Leading Lawyers Network, including for 2019-2022 (again, Top 5% as ranked by peers); and named for his work in the tax controversy field in the 2007 and the 2010 and 2011 editions of The Legal 500.  He has repeatedly been selected as one of Illnois’ Top 100 High-Stakes Litigators (all types) (noncompensated selection).  While at the U.S. Department of Justice’s Tax Division in Washington, D.C., Tom received its Outstanding Attorney Award in 1986, 1988, 1991 and 1997, before leaving a GM-15 supervisory post for private practice in D.C. in 1998.  He thus received repeated formal, coveted accolades from peers, in both DC and Illinois.  Tom has a flawless legal ethics record, as confirmed by his 10.0/10, “superb” rating at www.avvo.com.

Tom formerly was a tax partner, or a tax shareholder, with the Chicago offices of two of the nation’s largest and most prestigious law firms.  After leaving the U.S. Department of Justice’s Tax Division in 1998, after 14 years, he immediately became a partner with a “K Street” tax boutique in Washington, D.C.  Tom’s nationwide federal tax practice thus brings with it the acumen and connections of a Washington-based “tax insider,” coupled with a complex-litigation resume of the highest order, all constructed on the nation’s most prestigious legal platforms.

He is a graduate of The Moritz College of Law at The Ohio State University.