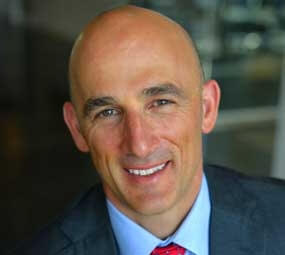 Tom Loeser is an accomplished trial attorney who has been involved in consumer fraud cases that have returned billions of dollars to millions of consumers and more than $100 million to the government. Mr. Loeser’s practice involves highly complex matters involving computing and software, and matters where both civil and criminal investigations are involved.

Mr. Loeser, working with Hagens Berman’s managing partner, Steve Berman, helped lead the firm’s work in In re: Volkswagen “Clean Diesel” Marketing, Sales Practices, and Products Liability Litigation where the firm represented both defrauded consumers and defrauded dealers. Mr. Loeser was involved in the Volkswagen Franchise Dealer Action, where Hagens Berman was lead counsel, and he worked on all aspects of that case through approval of a $1.2 billion settlement with Volkswagen. Mr. Loeser was a member of a Hagens Berman team that successfully prosecuted a nationwide class action against Tesla Motors that resulted in every class member being sent a check for damages related to Tesla’s delay in rolling out its Enhanced Autopilot features. In March, 2019, following three years of intense litigation, Mr. Loeser and lawyers from Buckner + Miles settled for $90 million a nationwide class case against a shopping mall REIT for illegally profiting off electricity charges.

Mr. Loeser’s practice has included the prosecution and resolution of dozens of complex actions against the titans of industry, including national banks, insurers, builders, title companies, carmakers, mortgage lenders, pharmaceutical giants, trucking companies and nationwide retailers. Mr. Loeser specializes in and has thrived in the prosecution of cases that are not just complex because of the legal and procedural issues involved, but also because of the technological sophistication of the products, services or bad acts underlying the legal claims.

Mr. Loeser has a unique experience and skill set that has driven his success in complex and technical cases. For nearly five years, Mr. Loeser was an Assistant United States Attorney in Los Angeles, where he was a  member of the Cyber and Intellectual Property Crimes Section.  Mr. Loeser investigated and prosecuted legion hacking, identity theft and intellectual property crimes. His work as a cyber-prosecutor included intensive training at federal law enforcement facilities of the FBI, Secret Service, Homeland Security and at the National Advocacy Center.

Prior to his appointment as an AUSA, Mr. Loeser was an Intellectual Property associate at Wilson Sonsini Goodrich & Rosatti in Silicon Valley. Prior to law school, Mr. Loeser worked in Treasury at Microsoft Corp.  and at the Hewlett-Packard Co. Mr. Loeser’s training in computer and technology-centered investigations is unmatched in the consumer plaintiffs’ bar. His experience brings knowledge in technology-related matters that is often on-par with the experts hired for the litigation.