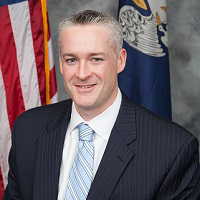 Benjamin “Ben” T. Lowe’s practice is dedicated exclusively to the representation of individuals injured by the fault of others in motor vehicle and 18 wheeler crashes, where over the course of an extremely successful career he has established himself amongst the elite in this field, recovering millions of dollars for his clients.  Through his practice, Mr. Lowe has made it his mission to make our communities safer by holding irresponsible parties and corporate wrongdoers accountable for their actions.  Fueled by a passion for helping others, Mr. Lowe provides an unrivaled quality of representation to all whom he has the privilege and honor of calling his clients, which has resulted in his caseload consisting almost entirely of referrals from former clients.  In fact, for this very reason, some insurance adjusters and defendants that have been adverse to Mr. Lowe have actually secretly referred their family and friends to him that have been injured in motor vehicle crashes for legal representation and some have even sought legal representation from Mr. Lowe themselves, which is a testament in and of itself to the level of respect associated with his name in his profession.

Motivated by an utter disdain for the underhanded tactics utilized by insurance companies to deprive the injured and vulnerable of the rights to which they are entitled, Mr. Lowe never shies away from a fight with any insurance company.  Subscribing to the motto that “there are no small cases, just small lawyers,” Mr. Lowe has earned a reputation for having an unparalleled knack for maximizing his clients’ recoveries regardless of the size of their particular cases by relentlessly utilizing whatever means necessary to do so.  The simple truth is that Mr. Lowe is willing to try any case if the cause is just and insurance companies know this.  This is just one of many reasons why Mr. Lowe recovers the policy limits (100% of the available insurance) over 98% of the time for his clients and often on a daily basis, a feat that many lawyers never accomplish even once in their entire careers.  At the same time, while Mr. Lowe does more often than not recover the policy limits for his clients, he also manages to do so without compromising their bottom lines.  Since Mr. Lowe is licensed to practice before all Louisiana state and federal courts, he welcomes clients from all over the great state of Louisiana.

Prior to joining Spencer Calahan Injury Lawyers, Mr. Lowe worked as a judicial law clerk for the Honorable James J. Best of the 18th Judicial District Court, which encompasses the Parishes of Pointe Coupee, Iberville, and West Baton Rouge.  Under the tutelage of Judge Best, Mr. Lowe gained invaluable exposure to the behind the scenes operations of our courts, as well as to the strategies often utilized by both the plaintiffs and defense.  Before obtaining this highly coveted clerkship, Mr. Lowe earned his law degree from Southern University Law Center, during which he achieved dean’s list honors and was a member of Phi Alpha Delta Law Fraternity.  Prior to earning his law degree, Mr. Lowe attended the University of Southern Mississippi where he was a member of Sigma Alpha Epsilon Fraternity before ultimately returning to his south Louisiana roots and graduating from the University of Louisiana at Lafayette with a degree in Political Science, during which he also achieved dean’s list honors.

On a personal level, Mr. Lowe is a native of Baton Rouge and graduate of University High School.  He is married to Candace Hogan Lowe of New Roads, Louisiana, a former queen of the New Roads Lion’s Club Mardi Gras Parade.  They have two children, a daughter, Carson, and a son, Christian.  Mr. and Mrs. Lowe are also active parishioners of Our Lady of Mercy Catholic Church.  When not zealously advancing his clients’ interests, Mr. Lowe enjoys spending as much time as possible with his family and friends, going to the gym, hunting ducks with his father-in-law, and LSU sports, especially football.  Mr. Lowe is also an active member of the Our Lady of Mercy Men’s Club, the Krewe of Orion, the Krewe of Endymion, the Greater New Orleans Sports Foundation, and a Baron of Le Cercle de Bacchus.

“The quality of a person’s life is in direct proportion to their commitment to excellence, regardless of their chosen field of endeavor.”