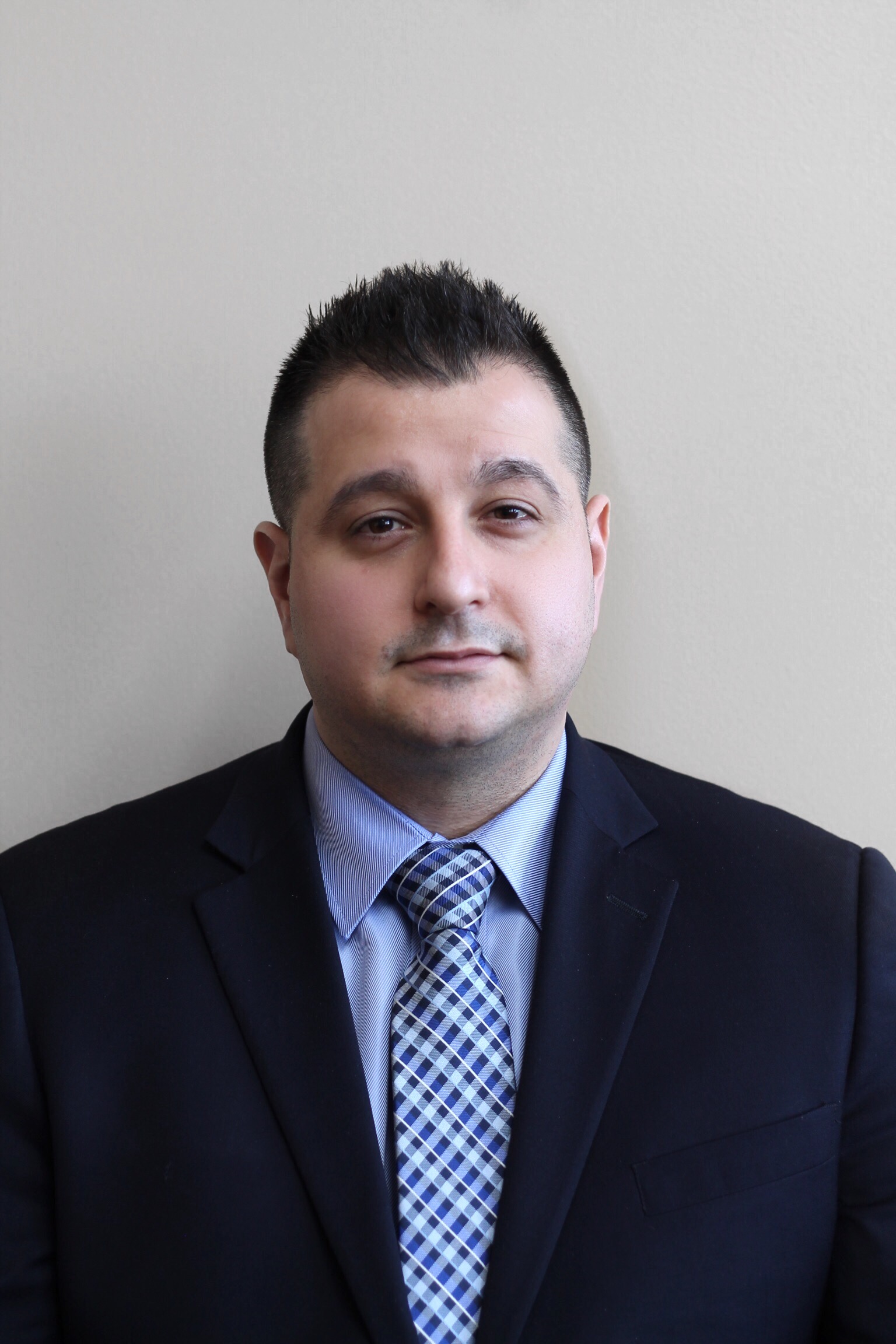 Kassem Dakhlallah does not back down. His first-ever court hearing, a few days after becoming a licensed attorney, was a motion to dismiss a case against his client. The opposing attorney had nearly 30 years of experience. Kassem had less than 30 days of experience. After a 30-minute argument, Kassem prevailed for his client – a mid-sized local medical clinic. That feeling of knowing that the wrong things have been put right has been Kassem’s driving force as an attorney ever since. And the string of victories has not stopped.

Shortly thereafter, Kassem defended a young man who was sued by a large corporation for violating a non-compete agreement he had signed while working for that corporation. Kassem’s client admittedly was working for a competitor of his former employer at the time he was sued. The former employer succeeded in getting an injunction entered against Kassem’s client, preventing the client from working in the state of Michigan for any competitor of his former employer. The client was forced to work in Chicago, hours of away from his sick mother. Kassem knew that the trial court made a mistake by entering the injunction. Kassem filed an emergency appeal with the Michigan Court of Appeals. The large corporation’s attorney was from a large law firm with lots of resources. Kassem’s client only had Kassem. Kassem won the case in the Court of Appeals, which overturned the injunction. Kassem’s client was quickly able to come back to Michigan and return to his job – and take care of his sick mother.

Between 2008 and 2009, at the height of the foreclosure crisis, Kassem sued mortgage lenders over 200 times for consumer lending abuses and improper foreclosure practices. Kassem was one of the first lawyers in the country to realize that mortgage companies would get away with financially destroying millions of Americans unless they were challenged in court. Soon, other attorneys followed Kassem’s lead on this issue. Eventually, states throughout the nation and the federal government cracked down on the same lending and foreclosure abuses that Kassem and other attorneys like him first fought against.

Kassem’s passion for helping those with limited resources obtain justice did not diminish with the end of the foreclosure crisis. Between 2011 and 2012, Kassem sued a real estate con-man named Brian Lovejoy on behalf of two clients who were defrauded by Lovejoy in connection with a short-sale scam. Lovejoy had obtained money from Kassem’s clients, who thought they were purchasing short-sale properties free and clear. In fact, the properties were encumbered by mortgages that eventually were foreclosed by the banks, and the clients lost their homes. Kassem succeeded in obtaining hundreds of thousands of dollars in judgments against Lovejoy on behalf of his clients. Lovejoy paid tens of thousands of dollars to Kassem’s clients on these judgments. Eventually, Lovejoy was criminally prosecuted and incarcerated for his actions. Kassem was featured in a news story about the Lovejoy case.

In 2012, Kassem was lead counsel in a lawsuit brought by 10 victims against another real estate con-man, Leonard Bale. Bale sold houses to the victims on land contracts without disclosing that the properties were encumbered by mortgages. Many of the properties went into foreclosure, preventing the victims from obtaining clear title to the houses. Kassem was able to settle the case and obtain financial compensation for the victims. Kassem and his partner Michael Jaafar were featured in a several news stories about the Bale case.

From 2011 through 2013, Kassem was lead counsel in a consumer protection class action lawsuit brought against McDonald’s Corporation and one of its Michigan franchisees for advertising halal (Muslim kosher) food for sale but then selling non-halal food instead. The result of the case was one of the largest class actions settlements in history involving McDonald’s Corporation. The settlement was used to fund two Michigan charities – the HUDA Clinic and the Arab American National Museum.

In 2013, Kassem represented a company that shipped motor vehicles overseas, and its owners, in an asset forfeiture action brought by the United States government to seize $250,000. The government alleged that the clients were complicit in a nationwide scam targeting the elderly. The scam originated in Nigeria, which was one of the places that the clients shipped cars. Through discovery, Kassem found out that the clients’ bank account was used as a transit point for funds that unfortunately originated from an elderly woman in Indiana who was duped by the Nigerian con artists. Discovery also clearly revealed that the clients had absolutely no knowledge of any wrongdoing and were certainly not complicit in any criminal activity. After taking the deposition of the FBI Special Agent in charge of the investigation, it became clear that the Government had no right to take the clients’ money. Shortly thereafter, the Government agreed to give all of the money back and dismiss the case.

In 2013 through 2014, Kassem defended a towing company based in Illinois against an unpaid overtime class action brought by several of its tow truck driver employees under the Fair Labor Standards Act (FLSA). The class alleged over two million dollars in damages. The case ended in a complete dismissal and a zero dollar payout, as it was established that the drivers were not entitled to overtime due to the application of the Motor Carrier Act exemption.

In 2015 through 2016, Kassem represented a family that had over $3,000,000 in cash, jewelry and real estate seized by the United States Government in a forfeiture action. The Government alleged bank fraud and obstruction of justice stemming from a long-standing state court litigation battle in which the parties opposing the family alleged hiding of assets to avoid creditors. Through Kassem’s efforts, the forfeiture action was dismissed with an agreement by the Government to return 100% of the seized property and that the property would never be the subject of a forfeiture action in the future. In addition, no criminal charges were ever brought.

For years, Kassem has defended accused white collar criminals in state and federal court.  In 2018, Kassem scored a huge victory in the Sixth Circuit Court of Appeals, which vacated his client's criminal sentence and remanded the case back to the trial court for re-sentencing.  The case involved the appropriate calculation of the sentencing guidelines in a healthcare fraud conspiracy.  On remand, the client's sentence was reduced from eight years to five years.  Not satisfied that the correct result was reached the second time around, Kassem appealed again to the Sixth Circuit.  That appeal remains pending.

In addition, throughout his career, Kassem has successfully represented injured clients in auto accident, slip and fall, products liability and assault cases. Kassem has obtained settlements and judgments for his clients in the tens and hundreds of thousands of dollars.

Kassem obtained his undergraduate degree from the University of Michigan in Computer Science. Kassem worked for several years as a software engineer before going to law school. Because of his background in engineering, Kassem sees every big problem as a series of little problems that can easily be overcome. Kassem brings this mindset to every case. That’s part of the reason why Kassem does not back down in the courtroom. He knows that every problem, no matter how big it appears, can be broken down and solved successfully.

Kassem serves as a Wayne County Business Court case evaluator. He regularly handles cases in the various Michigan Business Courts. He was voted Super Lawyers – Rising Star in 2014, 2015, 2016, 2017 and 2018 in the Business Law category.

Kassem earned his law degree from Wayne State University Law School. While in law school, Kassem was the president of the Business Law Society. Additionally, he was an editor of the Wayne Law Review. Kassem also co-founded the Middle East Law Students Association – a non-political student group that seeks to foster dialogue and understanding between people of all faiths – Jewish, Christian, Muslim, or whatever.