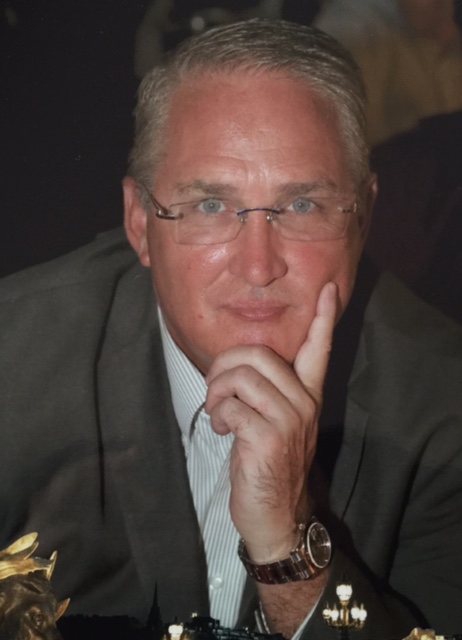 Tab Turner is a trial lawyer with a nationwide litigation practice. He graduated with high honors from the University of Arkansas School of Law in Fayetteville, Arkansas. He is the sole shareholder in Turner & Associates, P.A., a law firm devoted to serving consumers and victims of human rights violations. His primary focus over the past three decades has been representing consumers injured by defective automotive products, environmental litigation, anti-terrorism litigation, and commercial litigation. In the field of automotive safety, his primary focus has been on vehicle handling and stability and catastrophic tire failures as well as representing families of children injured by defective safety systems. Mr. Turner has won verdicts for clients in multiple cases where the verdict was in excess of $20,000,000.00, including a $132,000,000.00 jury verdict against Ford Motor Company relating to the death of Brian Cole, a young outfielder with the New York Mets organization, which remains one of the largest single verdicts in a wrongful death claim in the U.S., and was lead trial counsel in winning the first anti-terrorism case against Arab Bank in a trial that took place in Brooklyn in 2015, wherein the jury found the Bank guilty of providing material support to the terrorist organization Hamas, which had carried out twenty-four (24) separate attacks of U.S. citizens during the Second Intifida in the Middle East.

Mr. Turner has devoted much time to auto safety issues over the years, including serving as co-counsel representing Consumers Union, publisher of Consumer Reports magazine, in defamation suits brought by Isuzu Motors and Suzuki Motors in Los Angeles, CA, that resulted in a defense verdict and dismissal. Both cases involved articles published by Consumer Reports relating to the handling and stability characteristics of the Suzuki Samurai and the Isuzu Trooper.

Mr. Turner was named the “Outstanding Trial Lawyer of the Year” in the United States in both 2001 and 2015 by “Trial Lawyers for Public Justice” (later “Public Justice”) based on his work representing Donna Bailey in the Ford/Firestone litigation (2001), and Linde v. Arab Bank (2015), which involved representing over 500 victims of 24 separate terror attacks carried out by Hamas, which received material support from the Arab Bank. He also received the “Outstanding Trial Lawyer of the Year Award” from the Arkansas Trial Lawyers Association for 2001-2002, and the Lifetime Achievement Award from the Arkansas Bar Association in 2015.

Mr. Turner’s involvement in pursuing Ford and Firestone was featured on virtually every major news organization, including ABC, NBC, CBS, Dateline NBC, CNN, 60 Minutes II, Frontline, and Burden of Proof. He was featured in the December, 2000, issue of the New York Times Magazine for his work on behalf of consumers in litigation involving sport utility vehicle rollovers. He has authored papers relating to similar accident evidence in products cases; vehicle rollover; occupant restraints; vehicle crashworthiness; voir dire; punitive damages; trial persuasion and settlement strategies. He also serves, and has served, in virtually every capacity with the Attorneys Information Exchange Group in  Birmingham,   AL. As a result of the Arab Bank litigation, he was likewise featured in both print and television media, both domestically and internationally.

Mr. Turner is also the subject of a book “Tragic Indifference: One Man's Battle with the Auto Industry over the Dangers of SUVs”, authored by Adam L. Penenberg of New York wherein Penenberg chronicles Turner's client, Donna Bailey, a single mother of two in her early 40s, who was left a quadriplegic on March 10, 2000, in central Texas when the Ford Explorer driven by her friend flipped over after its right-rear Firestone Wilderness AT tire peeled apart. That case, considered to be a watershed in litigation, was settled in January, 2001. Penenberg, an investigative reporter who exposed a fabricated New Republic story by journalist Stephen Glass in 1998, tells the story of one lawyer's battle and one woman's struggle for survival and justice. The two stories intertwine to lead readers through the blinding maze of suits and countersuits, whistle-blowers, politicians, consumer advocates, journalists, engineers and corporate executives, all surrounding the profit machine now known in the U.S. as the “sport utility vehicle”.

Turner is also credited as the pioneer in SUV safety issues and, along with Joan Claybrook of Public Citizen, is credited for being the instrumental tool in Congress’ creation of the “TREAD Act”, which now stands as one of the world’s strongest laws pertaining to consumer protection against defective automotive products and components, including the obligation to inform the public of growing consumer complaints that result in the death or injury of consumers on the highways.

Turner is also actively involved in anti-terrorism litigation, including the 2014 and 2015 trial of Arab Bank, which was the first civil jury trial in the U.S. under the Anti-Terrorism Act. The verdict (Linde, et al v. Arab Bank) in the United States District Court for the Eastern District of New York, Brooklyn, in 2014, involved his representation of over 300 U.S. citizens who were wounded or lost relatives in twenty-four terror attacks in Israel attributed to Hamas. The victims sued Arab Bank alleging that the Bank illegally financed Hamas and Hamas-related front organizations through use of the U.S. banking system. A Brooklyn jury found in favor of the victims on all twenty-four attacks. The damage phase of the trial begins in August, 2015. Mr. Turner, along with his team, likewise received the Trial Lawyer of the Year honor in 2015 from Public Justice for their work in the Arab Bank case.

Mr. Turner is likewise presently representing approximately 200 families of members of the Armed Services who were killed by Iranian IED attacks in Iraq. The families contend that a group of eight Banks violated the U.S. Anti-Terrorism Act by providing financial services to Iranian terrorist organizations despite the existence of U.S. sanctions prohibiting such conduct. The case, Freeman, et al v. Barclays, et al, is currently pending the United States District Court for the Eastern District of New York.

He is the father of three lovely daughters and resides in Florida.